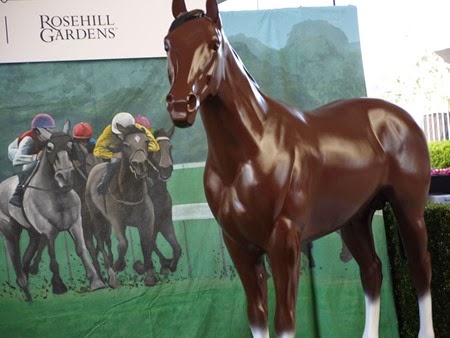 Last year at this time I went to Sydney for Mystic Medusa’s Astrological New Year dinner, and whilst there attended the Ranvet Stakes meeting at Rosehill on the Saturday afternoon.

This year I’ll be home in Melbourne, but will be watching with keen interest the tremendous race card at Rosehill Racecourse.

The meeting last year was relatively low key, with only two Group 1 races, but NSW racing has rearranged their autumn program, so that this year several Group 1 races which used to be run later in the season, have been rescheduled and added more glitz to the third Saturday in March.

The feature race this year is the Golden Slipper Stakes, the richest race for two year olds in the world. Last year it was run on a bog track and fillies filled the first seven places with Mossfun defeating Earthquake and Bring Me The Maid. 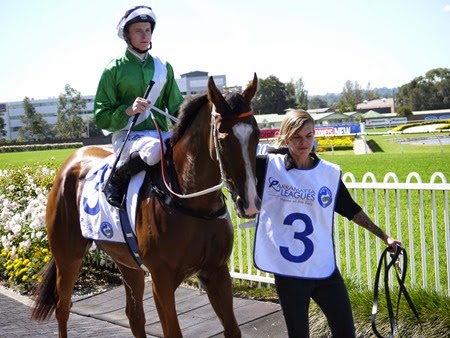 It appears this year’s version of the Slipper will be dominated by the colts, the Gai Waterhouse trained Vancouver in particular. His 3½ length win in the Todman Stakes recently was spectacular. However he has drawn the extreme outside barrier, which gives his rivals a slight chance of beating him. Furnaces and Headwater ran second and third in the Todman Stakes, so have to have a chance, but Exosphere who won his last start by 4 lengths is probably Vancouver’s main rival. I rather fancy Haptic who is yet to be beaten, but wonder if he has the same class as the favourite.

Fillies have won the last two Golden Slippers  (Mossfun 2014 & Overreach 2013) and the girls with a chance this year are Fireworks, Ottoman, English, Reemah and Lake Geneva (the latter two ran second and third in the Blue Diamond).

The Golden Slipper is scheduled as Race 7, but the first of the Group 1 races will  be the Ranvet Stakes, run over 2000 metres as Race 4.   Silent Achiever won it last year pipping the Queen’s horse Carlton House at the post. It would be great if she could win it a second time and she has good chance if she can beat the in form Contributor who has won his two starts this autumn and is the hot favourite. The Ranvet has a really intriguing field with stayers from Hong Kong (Dominant), Japan (Tosen Stardom) and New Zealand (Fast Dragon) here especially for the Sydney Championships, plus familiar  locals like He’s Your Man and Lucia Valentina.

Race 5 is the Group 1 Rosehill Guineas also run over 2000 metres, but for three year olds.

Randwick Guineas winner Hallowed Crown is the one to beat. Trying to do so will be the unbeaten New Zealand Derby winner Mongolian Khan, Victorian Derby winner Preferment and runners up in the aforementioned races  - Volkstok’n’barrell (NZ Derby) and Sweynesse (Randwick Guineas).

As opposed to the small field for the Rosehill Guineas (7 runners), the Group 1 Galaxy has attracted a full field of 14 starters.  It is a sprint over 1100 metres and I’m delighted to see Miracles of Life and Rubick in the field.  Deep Field who had his colours lowered in the Lightning Stakes, and was further humiliated at his last start where he was beaten by the lowly Target In Sight, is also one of the contenders, as are the smart Sweet Idea, Avoid Lightning and Melbourne mare Chloe in Paris who has won her last three starts. I’m hoping little Miracles of Life can add some more Group 1  glory to her CV.

The final Group 1 race on the program is the George Ryder Stakes (1500 metres) which has attracted a full field of middle distance runners, many of them winners at Group 1 level. Super mare Cosmic Endeavour who won the Canterbury Stakes at her last start, will no doubt start as favourite. Other familiar names in the mix are Sacred Falls, Criterion, Moriarty, Weary and Royal Descent. Caulfield Guineas winner Shooting To Win and Kermadec, the unsuccessful favourite in the Australian Guineas, have bypassed the Rosehill Guineas to run in this and could easily be in the finish.  There are also two Japanese horses, World Ace and Real Impact who it is unwise to ignore completely.

The weather in Sydney is supposed to be cloudy with little rain, and the track is reported today as being good surface wise.

My speculations on the likely outcomes of the five Group 1 races were fairly accurate, even if I do not specify tips.

The Ranvet Stakes was won by Contributer – no surprise – with the Japanese horse Tosen Stardom running second and Lucia Valentina  taking out third.

Volkstok’n’barrell stormed home to win the Rosehill Guineas from Preferment and Hallowed Crown.

Sweet Idea won her first Group 1 in the Galaxy at long odds with Kuro running second and Miracles of Life doing well, after a pretty torrid run, to run third.