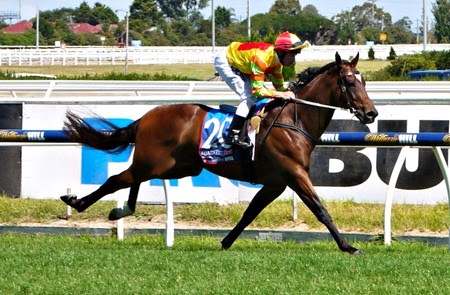 A great day of racing is coming up tomorrow with the prospect of the Black Caviar Lightning already quickening the excitement of first class racing with two of the top sprinters going head to head in the feature race.

Only six horses have accepted for the race – shades of the days when Black Caviar (after whom the race is named of course) graced the turf. The field however, though small, is select, with Lankan Rupee and the unbeaten and much hyped Deep Field both among the acceptances. Also in the mix is the handsome Brazen Beau who was last seen at Flemington winning the Group 1 Coolmore Stud Stakes on Derby Day.

The above three are the main contenders and it is hard choose between them other than my personal preference for Lankan Rupee. Deep Field is having his first start at Group 1 level, and has won at Flemington over 1200 metres in a Listed race on Derby Day last spring.

But before the feature race is run, there are a number of interesting events beforehand.

I don’t think I’ll make it to the track by the first race, the Listed Talindert Stakes for two year olds. Half of the field are having their first start  and the one everyone will be watching is the filly Stay With Me who is a daughter of former champion filly Miss Finland by Street Cry.  Whether she’ll win is another matter, as she is up against a few more experienced youngsters in Jameka and Ragazzo Del Corsa.

Hopefully I will be at Flemington in time for Race 3, The Vanity, a Group 3 race for three year old fillies over 1400 metres. It has quite a classy field headed by 2014 Crown Oaks winner Set Square and the so far unbeaten Wawail aiming for her fifth win in succession.

Tawteen was originally nominated for the Black Caviar Lightning, but her connections opted for the easier Indian Summer  Handicap a race for fillies and mares over 1000 metres, where she has a better chance of winning. Her main opposition comes from Runway Star, Antarctic Missile, Cobblestones and Chloe In Paris.

The Group 3 CS Hayes Stakes is a race for Guineas bound three year colts and geldings run over 1400 metres.  The interesting runner  in this is Disposition, another classy West Australian having his first start in the eastern states. He ran a very close second in the Group 2 WA Guineas and the Group 1 Kingston Town Stakes and prior to that had been unbeaten in four runs. He is however up against the likes of San Nicasio, Stratum Star, Merion, Chivalry and Lucky Liberty.

The races in Sydney are at Rosehill this Saturday and the feature race on that course is the Group 2 Hobartville Stakes. For three year olds run over 1400 metres, it has attracted a really exciting field that contains Victoria Derby winner Preferment, Caulfield Guineas winner Shooting To Win, Golden Rose winner Hallowed Crown, Spring Champion winner Hampton Court and other smart runners like Scissor Kick and Delectation. The sole filly is Thunder Lady who won the Group 2 Wakeful Stakes and ran second in the Crown Oaks.

Old favourite Catkins, who kicked of her autumn campaign two weeks ago in the Group 2 Breeders Classic, winning it for the second time, resumes in the Group 2 Millie Fox Stakes (1300 metres).  She barely overcame Lilliburlero  in the aforementioned Breeders Classic and will be up against her again, along with the well performed Avoid Lightning and Mardi, but I hope Catkins rewards her many fans with another win.

Also run at Rosehill on Saturday is the Group 2 Silver Slipper Stakes, a sort of preview of the Golden Slipper Stakes, where I’m interested in seeing how impressive first start winner Ottoman performs.  Main chances other than Ottoman are Headwater and Paceman and Voilier who all won their first starts as well.

The weather in Melbourne tomorrow will be hot and sunny, so the track will be good. Despite the heat, I’m looking forward to being trackside at beautiful Flemington again.