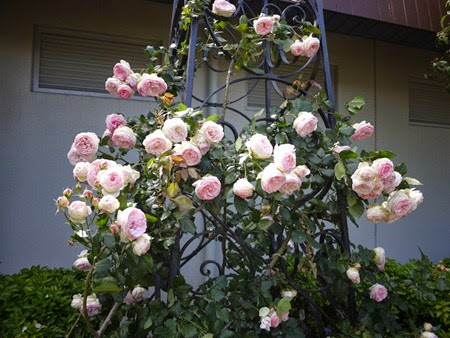 The 2014 Spring Racing Carnival has only a little over a week to run, and then it will be all over for another year.

But to take it out in grand fashion, Flemington hosts four days of spectacular racing excitement, the first of these being Derby Day on Saturday.

Last year I attended Derby Day for the first time, and despite the crowds found it quite enjoyable, so I intend to brave it for a second time and get some value from my Flemington season’s ticket.

How can I resist, when such a fantastic racing card is programmed, with many of my black book horses scheduled to run. There are  four Group 1 races – Coolmore Stud Stakes, Mackinnon Stakes, Victoria Derby & Myer Classic – and all the other races are at either Group 2 or Group 3 level.

The first race is at 11.30am, but as it’s going to be a long day I don’t intend to arrive at the track until slightly later, in time for the first of the Group 1 races, the Coolmore Stud Stakes, scheduled at 1.30pm.

And what a great field it has! A race for three year olds over 1200 metres it has the cream of this year’s 3yo crop in the field, such as Rich Enuff, Scissor Kick, Rubick, Earthquake, Eloping, Brazen Beau and Kuro as the main contenders. Who to choose?  Rich Enuff will no doubt start as favourite, but I’d like to see Rubick or Earthquake take the prize. At least they’ll probably be at good odds for a change. Whatever, it looks a doozy of a race.

Next up is the second of the Group 1 races, the Mackinnon Stakes, run over 2000 metres. It has a super field as well, with a number of the usual suspects aiming for more Group 1 glory – Happy Trails, Foreteller, Moriarty, Hawkspur, Brambles and Criterion – all seen recently running in either the Caulfield Cup or the Cox Plate. Also in the picture is Rising Romance who ran second to Admire Rakti in the Caulfield Cup and Sydney stayer, He’s Your Man, who won the Epsom Stakes at his last start.  Last year the race was won by International visitor Side Glance who is scratched due to lameness this year. However there are two mystery British horses – Farraaj and Amralah – who could steal it this year. I’ll be barracking for Rising Romance who deserves a win after running a close second at her last two starts.

The Victoria Derby has always been a real puzzle of a race, with any of the field likely to take out the prize. Gai Waterhouse has great confidence in her entry Hampton Court who is the favourite after he won the Spring Champion Stakes in emphatic fashion at his last start. However, favourites have a bad record in the Derby and it has mostly been won by an outsider or secondary favourites. So who else has a chance? For a start there’s Moonovermanhattan who won The Vase at Moonee Valley last Saturday, and Atmosphere who ran second  (whom I fancy a lot), Royal Standing who I just noticed is a half brother to Super Cool, and the other “cool” customer Magicool, who beat Atmosphere earlier in the season at Flemington in an 1800 metre race.

The final Group 1 race is the Myer Classic for fillies and mares, run over 1600 metres. Red Tracer beat her stable mate Catkins last year in this. Red Tracer is no longer on the scene having been retired to stud, but Catkins is still around and is part of the excellent field. Top pick is Sweet Idea who won the Group 2 Tristarc Stakes at her last start with Girl Guide running second and Catkins third. The favourite however is May’s Dream who is yet to win a race this spring, but is due for a win. Also in with a good chance is Star Fashion who has won her last two races and Forever Loved who has winning form at Flemington.

A sprint over 1200 metres, the Group 2  tab.com.au Stakes is the last race on program and is worth sticking around for, due to the presence of boom Sydney horse Deep Field in the field. He is unbeaten in four starts and broke a course record at one of his latest outings at Canterbury. Trying to ruin his party will be the rejuvenated Bel Sprinter who dead heated with Miracles of Life in the Caulfield Sprint earlier this month and Adamantium who loves the Flemington straight.

The weather is expected to be somewhat damp tomorrow in Melbourne. Even though today is a hot 30°C, a change is forecast to pass through overnight. If it is wet, at least it might deter the party goers from spreading their blankets all over the public lawn, and maybe even discourage them from attending at all.  I live in hope.