The Thrills Continue–Racing at Caulfield & Randwick 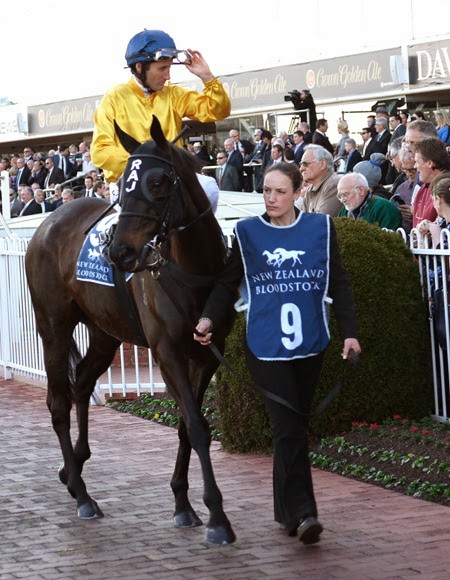 Caulfield is offering free entry on Saturday for the Underwood Stakes meeting, so naturally I’ll sally along to take in the atmosphere of first class racing once more . And hopefully Melbourne’s weather will play nice, after this past week brought a return to winter chill.

The feature event is the aforementioned Group 1 Underwood Stakes, run over 1800 metres. Last year Atlantic Jewel and It’s A Dundeel fought out an exciting finish down the straight with It’s A Dundeel the victor by the narrowest of margins.

This year’s edition has a pretty good field as you’d expect in a Group 1 contest.  The top contenders are Silent Achiever who in my opinion is the top pick, Foreteller who always runs an honest race, Happy Trails ditto, and Star Rolling who won the PB Lawrence Stakes at  Caulfield in August. Of course I’d love old fave Super Cool, who is backing up in this race after running last week, to show some of the form that won him the Australian Cup – his last win in fact.  Lidari and The Offer also have a chance.

The support card is mildly interesting though not top class. A few of the horses I follow are engaged in a few a them.

The Group 3 Naturalism Stakes (2000 metres) is one for stayers hoping to win a place in the Caulfield Cup.  Top pick is the Chris Waller trained Our Voodoo Prince. His name is a clever interpretation of his breeding (out of Kingmambo x Ouija Board). Spillway has had two runs so far in his Spring campaign, running second to Star Rolling in the PB Lawrence Stakes and fourth in last week’s Makybe Diva Stakes, so he is one of the top chances and must win this to have a hope of running in the Caulfield Cup.  Bonfire has claims with close seconds in his only two runs this spring in Sydney. The most interesting runner is Zanbagh who ran second to Rising Romance in the Sydney Oaks. And when will Let’s Make Adeal make some headway? She has generally been disappointing of late.

The Group 3 Sportingbet Sprint Series Heat 2 Stakes (1200 metres) is run after the feature race, and looks to have attracted a really good field of smart mares. Samaready makes a welcome return to racing in this event and is the class act if she is back to her best.  It’s good to see She’s Archie’s daughter May’s Dream back on the track again. This race is too short for her, so she is not expected to win. She won the South Australian Oaks at her last start in April. Also in the field is Spirits Dance who in Autumn built up  four wins on the gallop and shouldn’t be dismissed, A Time For Julia who ran a close second to Gregers in the Cockram Stakes and Shamal Wind who has a good record first up and can fly like the proverbial over the distance. Throw in Jessie Belle and Girl Guide as place chances.

The final race on the program at Caulfield is the Le Pine Funerals Handicap and is of interest only because Cauthen is in the field. He was thrown in at the deep end at his last start in the McEwen Stakes and finished sixth. I had a look at him on that day and he has grown into an impressive looking young horse.  With his light weight and the services of top jockey Tommy Berry he may show the form that had him beating Long John and Shamus Award back in Spring last year.

In Sydney the racing card at Randwick is much better.  The Group 1 George Main Stakes (1600 metres) is the feature race of the day and has almost the same field that contested the Chelmsford Stakes on
6 September, with a few variations. Anyway you’ve got Hawkspur who won the aforementioned race by a nostril from Royal Descent who is also in the field along with Sacred Falls who ran fourth. He will appreciate the good track that is finally likely for Randwick on Saturday and is a top contender over the distance. Perhaps Lucia Valentina can repeat her incredible win in the Tramway Stakes if that effort didn’t overtax her, and maybe the spruiked sole three year old Panzer Division can give all the older horses a galloping lesson.  Also New Zealand mare Rising Romance, who won the Sydney Oaks is sure to feature somewhere.

Earthquake will be out to redeem her reputation in the Group 2 Tea Rose Stakes (1400 metres). It’s obvious she is not suited to heavy tracks after her defeat at her last start in the Furious Stakes where she ran third. The winner on that occasion was Winx who will be aiming to keep her perfect unbeaten record intact in the Tea Rose.  Also in the picture are Peggy Jean and Alpha Miss.

The other interesting Group 2 race at Randwick is the Hill Stakes run over 2000 metres. After two horses were scratched, a field of six will compete for the honours. These include La Amistad, Criterion, Bagman and Moriarty. I’ll be torn between barracking for La Amistad and Criterion.

All in all it looks to be a good day of racing, and so you would expect as the spring racing season progresses.  It’s less than month to the running of the first of the big Cups – the Caulfield Cup – so my Saturday afternoons are taken care of for the next month or so.