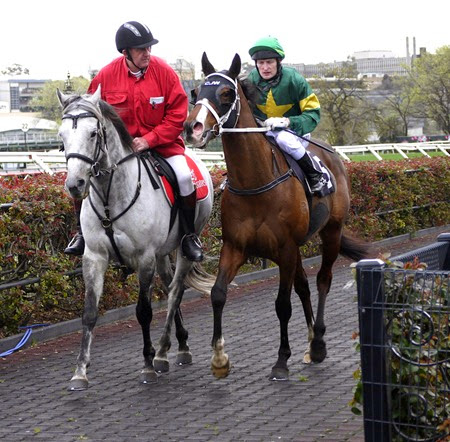 Foreteller returns to scale after winning the 2013 Makybe Diva Stakes

The Spring racing season is rather like a fever that infects keen followers of the turf every year about this time.  Like the season itself, the racing carnival quickens and warms up as the quality of the racing builds towards the grand finale at Flemington in November.

Flemington in fact hosts their first race meeting for the season this coming Saturday with a fabulous line up of races,  the feature being the Group 1 Makybe Diva Stakes.

Run over 1600 metres, the Makybe Diva Stakes, now being scheduled a week later than it was previously, with a fortnight separating it from the Memsie Stakes, it’s not surprising that several of the Memsie Stakes contenders are part of the field. The surprise winner of the Memsie Stakes, Dissident, will start as favourite – no more good odds on him this time. However, there could be challenges from other contestants. Spillway finished second in the Memsie and could turn the tables on Dissident this time. I’d love it if Puissance de Lune could finally win a Group 1. He narrowly missed out in this race last year with Foreteller pipping him at the post. Boban also will be out to redeem his reputation and has a good record at Flemington having won here last spring over the same distance. The 2012 Melbourne Cup winner Green Moon, and 2013 Caulfield Cup winner Fawkner both start their spring campaigns in this race, but as they are aiming for the bigger races down the track it would be surprising if they won first up. And lastly I can’t not mention my old favourite Super Cool, who I hope acquits himself better than he did in the Memsie Stakes.

Before the feature is run, there are several really interesting races, the first of these being the Listed Living Legends Stakes, a race for three year olds over 1400 metres.  McNeil Stakes winner Chivalry is one of the contestants, so I’m looking forward to seeing him in action again. Also I’m pleased to see the regally bred  Divan is in the field. He is a son of wonderful New Zealand mare Seachange by Zabeel. He’s only had two starts, his last a lowly race at Sandown, where he impressed with a swooping run from the tail of the field to win the race.  Others with a chance are Merion who won at Flemington on Anzac Day this year, Silent Whisper and Zebulon.

Commanding Jewel returns to scene of her last win in the Group 2 Let’s Elope Stakes, a race for mares over 1400 metres.  Commanding Jewel won it last year from Catkins, before suffering an injury that ruled her out of autumn. It has attracted an excellent field of smart mares that include Cockram Stakes winner Gregers, Dear Demi, New Zealand Group 1 winner Viadana, Solicit and Bonaria.

The Danehill Stakes, a Group 2 sprint over 1200 metres for three year olds also has a great field that includes Guelph’s little brother Ghibellines who I witnessed winning the Todman Stakes at Rosehill in March.  His only run after that was in the Golden Slipper Stakes where he ran eighth.  He’s one of a number of Sydney colts avoiding the heavy tracks that seem to curse the Sydney racing scene. These include the Group placed Brazen Beau and Nostradamus (if he doesn’t run in the Golden Rose in Sydney). The highly regarded sole filly in the race, Go Indy Go looks the top pick however and will most probably start as favourite and I suppose I should mention the so far unbeaten though lightly raced Get The Nod and last start winner Rich Enuff.

In Sydney the aforementioned Golden Rose is the feature race at Rosehill this Saturday. A Group 1 race for three year olds over 1400 metres, it has always been an intriguing contest and it has generally been won by the classiest runner in the field.  Zoustar won it last year and previous winners include Manawanui, Denman, Forensics and Epaulette.

So who is the classiest runner this year?

Peter Moody filly Bring Me The Maid is currently the favourite for the race. She’s in great form having won first up a fortnight ago on heavy going. Her greatest rival appears to be Hallowed Crown who romped home in the Group 3 Run To The Rose on a bog track at his last start. Better Land son of Amelia’s Dream by Sharmardal is another who has claims, as has Scissor Kick who has won his last three starts, and Almalad the only Group 1 winner in the field, would be unwise to overlook.

I’m also very interested in other races on the Rosehill card, particularly the Group 3 Kingston Town Stakes (2000 metres) where Makybe Diva’s little sister La Amistad will be kicking off her spring campaign. Whether she can win the race first up is questionable, but I’ll be watching to see how she fares.

One of my favourite race mares Catkins also resumes at Rosehill this weekend in the Group 3 Sheraco Stakes a race for fillies & mares over 1200 metres. Heavy tracks don’t worry Catkins and she goes well first up, so she is likely to win this.

Naturally I’ll be heading to the big track tomorrow to try my fortune in the forecast sunshine and experience what will no doubt be a great day of racing, with the added bonus of two Living Legends – Apache Cat & Paris Lane – being part of the attraction.