Farewell to an old friend–Rest In Peace Maureen 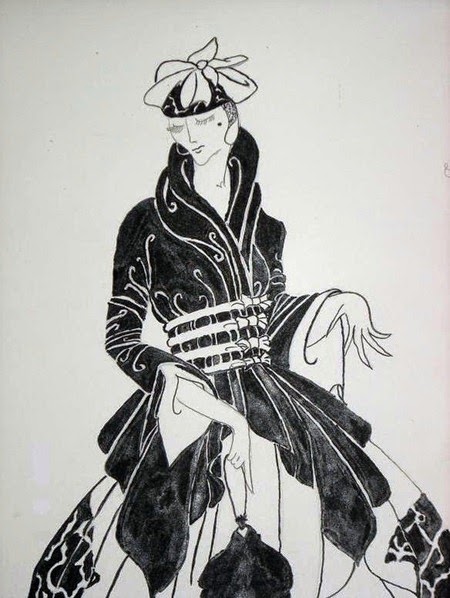 When casting my eye over the Tributes page in The Age today, I was shocked to discover a familiar name listed, and ascertained from the names of the attributers that it was indeed my old and dear friend Maureen.

I post haste rang the persons who had placed the tribute to find out what had happened. Maureen had died last Friday morning of lung cancer, after being diagnosed with the condition in February this year.

This is a real shock as I had no inkling that she was ill. In fact the last time I saw her in early January  she was bragging about how well she felt.  And even though she always appeared cadaverous –tall,  pale and thin – she mostly had enjoyed the best of health and was a vegetarian by choice. She would have turned 62 on the 20th May.

I have known Maureen for over 40 years, first meeting her when she moved into the Parkville mansion, Mt Ievers, where I was living in the late 1960s/early 1970s . When Mt Ievers was sold to developers Maureen and I shared a house in Carlton for several years, and also both worked at Space Age Books in the 1970s.  We remained good friends through all the decades since, though didn’t see each other much, until fairly recently where we went on several outings to galleries. I hadn’t seen her since our trip to Bendigo for the Modern Love Exhibition in January, so I now bitterly regret that I had not got in touch with her over the last few months.

Maureen was fiercely independent so it would not be like to her to ring and complain about her health. She had long been looking for a job, so I assumed that she had got one and was too busy to make contact.

As I have no photos of her, I have used an Erte image to illustrate this post, as Erte’s fashion illustrations will always remind me of Maureen. She always dressed very stylishly, in beautifully designed clothes, mostly black in colour. Being tall and thin, she had a rare elegance and with her upright carriage and striking looks you could always pick her out from the crowd.

Both her parents died when she was quite young, so when I met her she was an orphan, though she is survived by her elder brother and sister.

I have many fond memories of Maureen and many amusing stories of her idiosyncrasies.

When she was in her teens Maureen had been an artist’s model, and had been painted by notable artists. She had a story about one such painting which hung on the wall in an office at La Trobe University. She was attending an interview with a tutor perhaps, who remarked when he saw her that she looked familiar. Maureen realised that the painting behind him was one of her, which explained his sense of familiarity, but didn’t let him into the secret.

She was a caring person who worked for many years providing employment advice to disadvantaged youth. I don’t think she had a cynical bone in her body and approached the world in an open hearted, perhaps somewhat naive manner.

She never married nor had children, but she owned a little terrace house in Brunswick and had lived there many years by herself by choice. She was secretive about her personal life so I don’t know if she had any special friends or lovers.  As I said before she was very independent and never asked anything of other people, and was unquestionably honest and upright in her dealings.

Highly intelligent and pure living (cigarettes were her only vice) Maureen was a smart, beautiful, elegant and charmingly eccentric person – an unique and original individual who will be grievously missed by all who knew her.

Rest in peace Maureen. I’m sorry I never got the chance to say good bye, but you’ll always live in my memory as one of this old sinner’s dearest friends and I’ll be sad when I look at the unusual presents you’ve given me over the years, as they’ll represent a little piece of Maureen for me.

Oh Anne, I've only just seen this as you posted it the day before we went overseas for a month and I was otherwise preoccupied. I'm so sad to year about the death of you wonderful-sounding friend. We need interesting, different people in the world and 62 years old is WAY too young. For her sake I guess it's good that her pain was not drawn out but such a shock to have seen her in January and then discover this. Anyhow, having lost two friends in the last few years - one 57 and one 59, the first to cancer - I know how sad it is to lose people at this stage in our lives. Thanks for posting such a lovely tribute to her. I didn't know her but I loved reading about her!

Thanks for your kind thoughts Mrs Gums. Maureen's funeral was very much her - pink roses adorned her coffin and the funeral program was decorated with a black lace motif. The last time I saw her she had purchased a piece of that type of lace in an op shop in Bendigo.

That sounds lovely, Anne. It's nice nowadays how well funerals can be tailored to the individual.