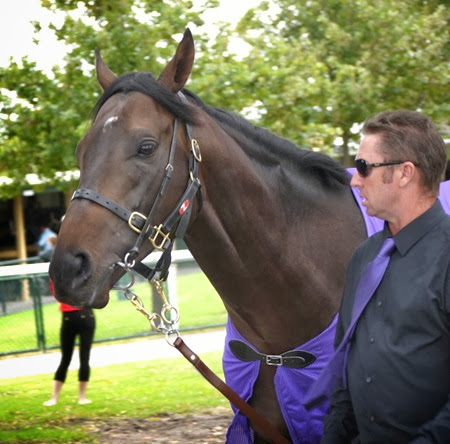 It’s not really the finale of Group 1 racing in Melbourne, as the Group 1 William Reid Stakes will be run on 21 March, but Flemington’s autumn carnival of racing culminates on Saturday.

Three Group 1 races are on the cards this weekend, two at Flemington and one at Warwick Farm in Sydney.  The Australian Cup and the Newmarket Handicap feature in Melbourne, and both have attracted really top notch fields and mouth watering competitions between the top runners.

In the Newmarket Handicap, a sprint over 1200 metres, we have class sprinters like Moment of Change, Samaready,  Shamexpress Lankan Rupee and Knoydart, so how do you choose between them? I’d really like Samaready to win and she does have a good chance to do so at her favoured distance of 1200 metres. Can Moment of Change keep his Group 1 winning streak intact? And who can beat Lankan Rupee, currently in top form and the winner of his last four starts. Shamexpress won the Newmarket last year as a three year old, but carries considerably more weight this year. He ran a close second to Snitzerland in the Black Caviar Lightning Stakes at his last outing and she is not running on this occasion.

The Australian Cup has the very classy Fiorente, who won the Peter Young Stakes first up a fortnight ago, up against new gun Shamus Award, who proved his class last week in the Australian Guineas.  Shamus Award has a weight advantage (54.5kg vs 59kg) and if he can assume and maintain the lead will be very hard to catch. He defeated Fiorente in the Cox Plate last year, doing just that. I doubt that he will be able to get away with it on Saturday, the other jockeys now being aware of his winning tactics.  However, fellow three year old Thunder Fantasy also backing up in this, could be a good chance also, not being all that far away in his last few races. Last year, three year olds Fiveandahalfstar and Super Cool fought out the finish with Super Cool  proving the victor on that occasion

One runner that interests me is Voleuse de Coeurs, the Irish mare who came over here for the Melbourne Cup and was bought by Australian interests to continue racing here. She won the Irish St Leger by 6 lengths, a month or so before she arrived on these shores. She’s obviously an excellent staying mare, so I’m really keen to see how she goes in the Australian Cup. As it’s run over 2000 metres, it might be a bit short for her as her wins have all been over 2600 metres.

The support card at Flemington boasts three Group 2, and two Group 3 races as well as the features, so it’s quality racing all round, though I’m not going to preview any of them here. And as mentioned previously, Living Legends Efficient and Zipping will be parading throughout the afternoon.

In Sydney at Warwick Farm, It’s A Dundeel will be kicking off his autumn campaign in the Group 1 Chipping Norton Stakes, a race over 1600 metres.  A small field of  8 runners will be competing for the prize, and include Boban who has been a tad disappointing so far this season, his stable mates Hawkspur and Moriarty and Gai Waterhouse trained three year old Order of the Sun. I’ll be cheering for the super little stallion It’s A Dundeel.

The support card at Warwick Farm is just as good, if not better than that in Melbourne, though it seems the races will be run on a slow to heavy track, after a big storm passed through Sydney the other day and showers are expected to continue into the weekend.

The Group 3 Wiggle Stakes is one race I will endeavour to watch from Flemington.  It has my favourite mare Catkins up against Dear Demi who is resuming after a break. Catkins can handle heavy tracks and already has one win under her belt since resuming. Dear Demi  has won on heavy going, but she has never won first up.  Others in with a chance are Miss Stellabelle, Fire Up Fifi and She’s Clean

Melbourne weather continues fine, so the track at Flemington will be good.

As this is the last race meeting I will be attending for a while, I’ll try and vary my blog posts a little from now on. It’s Music Festival season, and even if I am not attending either the Port Fairy or Brunswick Music Festivals, I do have some live musical treats coming my way.

Next Wednesday I’m really looking forward to seeing Americana artist Pokey LaFarge who plays my kind of music – country blues, western swing – in his own unique style. He’s on at The Corner Hotel.

And at the end of March I have a ticket to the Rolling Stones at Rod Laver Arena. I last saw the Stones back in 1995 at the MCG on their Voodoo Lounge tour. The Rolling Stones have always been my favourite rock ‘n roll band, and even if they are somewhat elderly these days, I’m sure they’ll still pack a punch. I have a pretty good seat in the lower tier and hope to get photos of Mick & Keef et al in action.

In April I’m off to see Tift Merritt and Jason Isbell at the Northcote Social Club. Should be a great show. I’ve seen Jason Isbell twice before, but this is Tift Merritt’s first Australian tour.