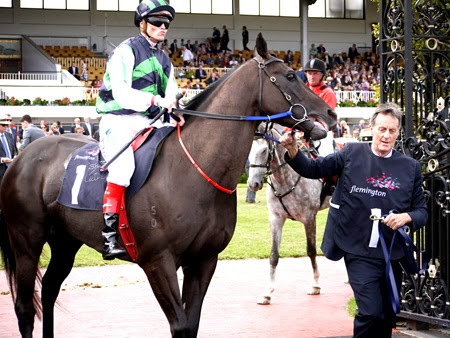 Shock 2013 Cox Plate winner Shamus Award demonstrated conclusively that his win in the aforementioned race wasn’t a fluke when he won the Group 1 Australian Guineas in similar fashion last Saturday at Flemington.

It was a mild cloudy day on Saturday, perfect in fact for attending the races.  And there was plenty of room to move around, the turn out of punters, families and onlookers barely filling an eighth of the space available.

I made it to Flemington as Race 4 was in progress and watched the finish down the straight. It was the Mrs Mac’s Beef Pie Sprint for fillies and mares and was won by Angels Beach from You’re So Good and Red Fez. 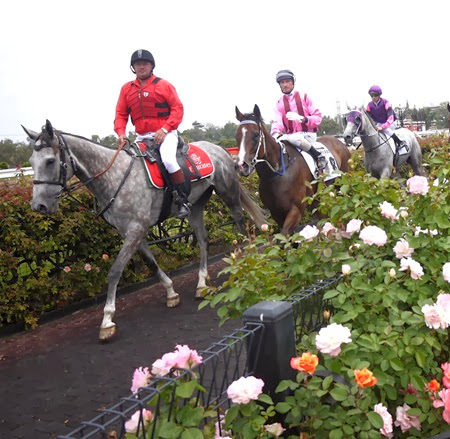 Do you recognize this old horse? 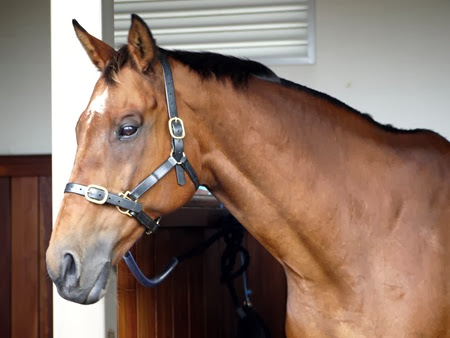 It’s the 1999 Melbourne Cup winner Rogan Josh, the Living Legends representative for the afternoon. He’s a really big boy, but gentle as a lamb. He’s now 22 years old, but was a grand racehorse in his day, not only winning the Melbourne Cup, but also the 1999 McKinnon Stakes and Herbert Power Stakes.

Next Saturday the Living Legends will be Fish and Zip – Efficient and Zipping as they were known on the track. I’m really looking forward to seeing Efficient in particular and giving him a pat.

The Frances Tressady Stakes was up next and I watched from my usual position on the fence near the mounting yard. Five All came from the back of the field to overtake Floria on the line. Sino Eagle was a short distance away third. 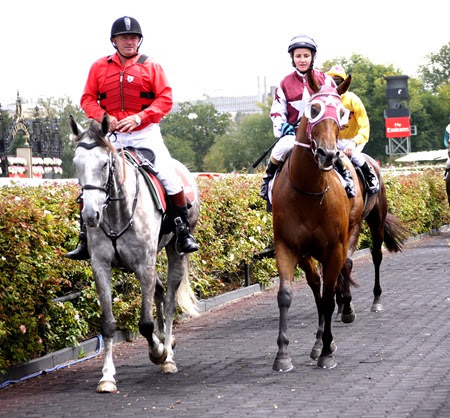 Five All on her way back to scale after winning the Frances Tressady Stakes, a happy Michelle Payne in the saddle

Race 6 was the Group 3 TAB Rewards Stakes, so I hung around the mounting yard to watch the runners parading. 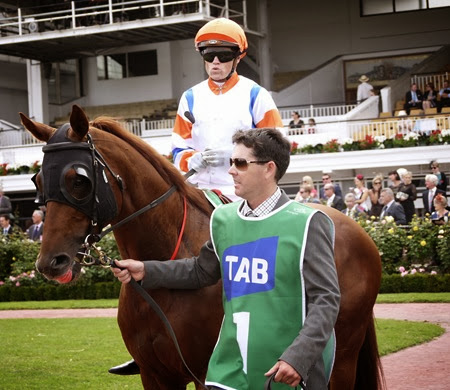 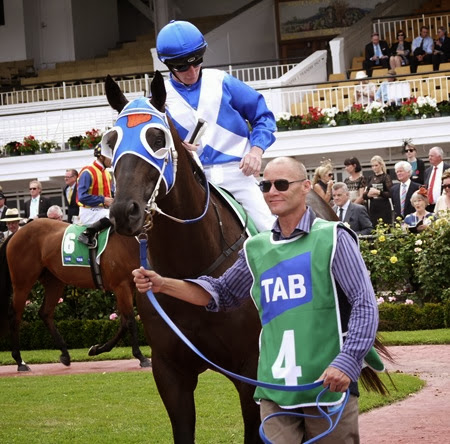 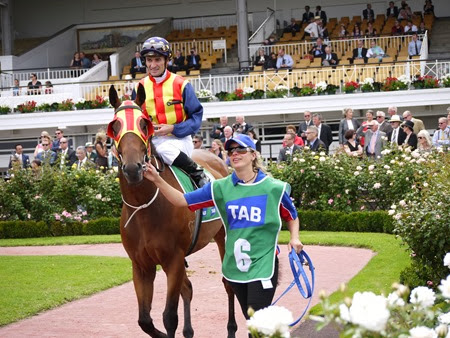 Under The Eiffel – finished 5th 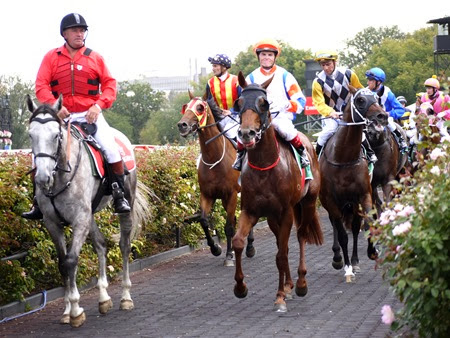 Mouro leads the field back to scale after winning the TAB Rewards Stakes, giving jockey Craig Williams the first of three wins for the day.

The afternoon flitted away quite quickly and then  it was time for the feature race of the day, the Group 1 Australian Guineas, where a field of fourteen colts and geldings were set to fight it out. I took some photos of them as they paraded in the mounting yard or proceeded to the track. 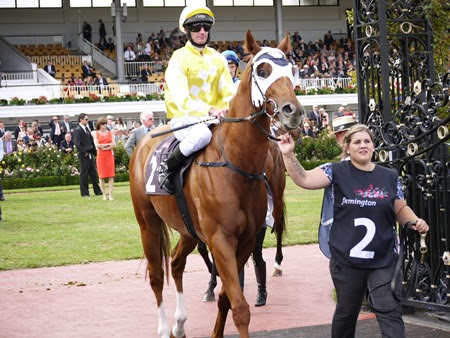 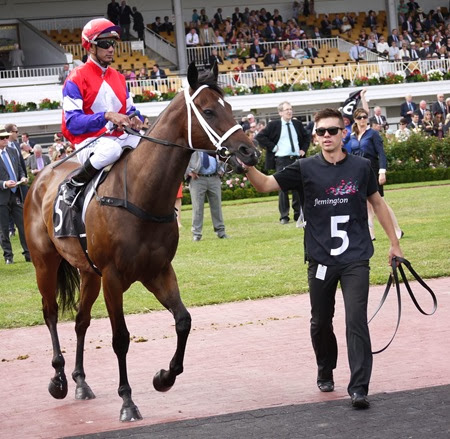 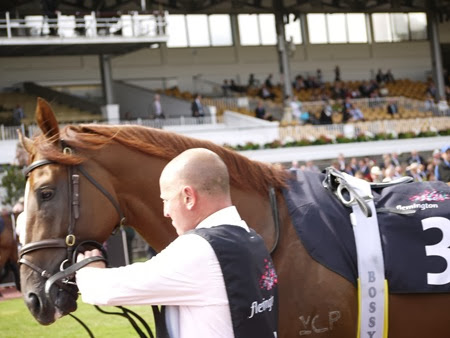 Eurozone –the top pick on form who finished 4th 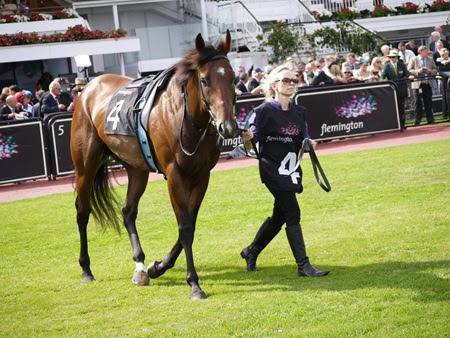 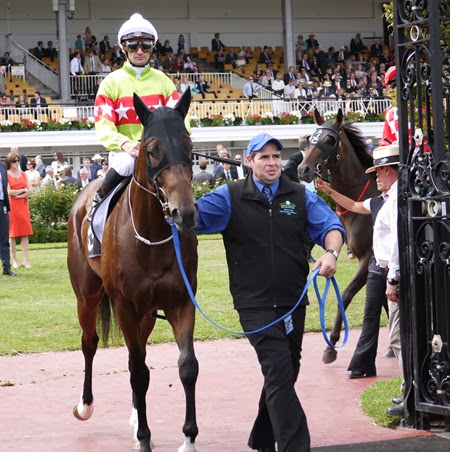 Shamus Award who started from Barrier 9, quickly took  the lead and maintained a steady unchallenged pace throughout, quickening in the straight to win comfortably by a length from Criterion.

It is obvious now that Shamus Award likes to lead. He looked uncomfortable chasing Moment of Change in the Orr Stakes, tossing his head around and laying in, but he was straight as an arrow in the Australian Guineas. He appreciated having the unchallenged lead to himself and was fast enough, and far enough ahead, to keep his rivals at bay. It was a replica of his win in the Cox Plate.

He has grown up over the months since his Cox Plate victory, and has turned from a nondescript animal into an impressive specimen of horseflesh.  He’s dark brown, verging on black in colouring, with no markings. It looks like we’ll have to take him seriously from now on.

Shamus Award has been nominated for the Australian Cup to be run next Saturday, and will be up against a classy field that features Fiorente who, incidentally, he has already defeated once. 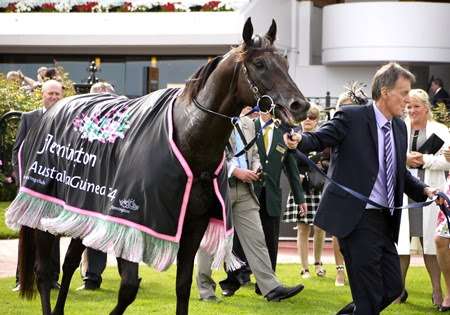 Shamus Award in the winners rug after winning the Australian Guineas

As Miracles of Life was racing in the next event, the Bob Hoysted Handicap, I didn’t go home as most of the small crowd were doing,  staying to watch the little filly. The race was won by Shamus Award’s stable mate Adamantium, but alas Miracles finished 6th, though not that far off the leading bunch. It was her first run down the forbidding Flemington Straight, and according to her jockey, she was not comfortable with it.  She has grown and filled out a bit since I last saw her, but is still as pretty as a picture. 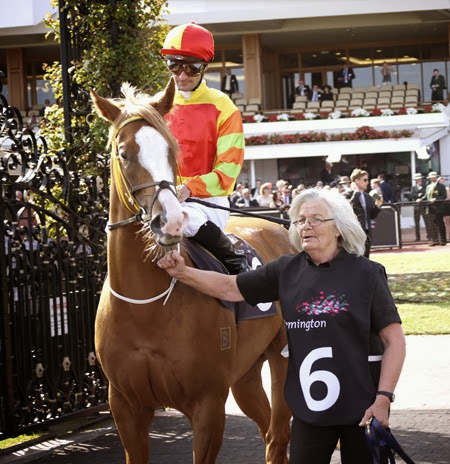 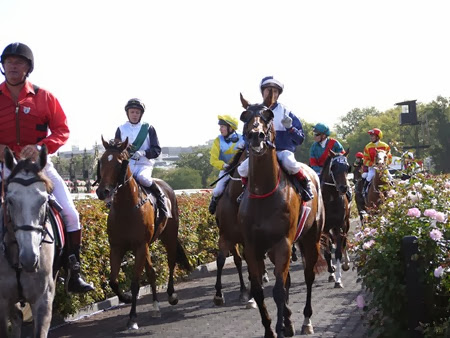 Adamantium returns to scale after winning the Bob Hoysted Handicap

So that was my day at Flemington last Saturday. I’m returning next Saturday for the big finale of the Melbourne Autumn racing carnival, which features the Australian Cup and Newmarket Handicap and an excellent undercard of Group 2 races.

The famous Flemington roses were already blooming in profusion, but are no doubt timed to display perfection at next week’s meeting. 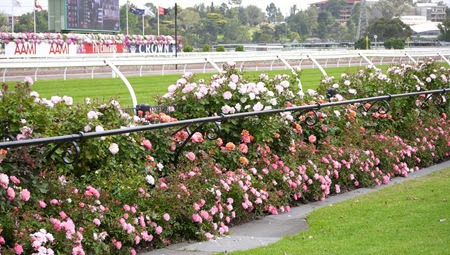 Rose hedge along the straight.