Mood Indigo/Froth on the Daydream

For a change from racing…

This afternoon I took the opportunity to go and see the new Michel Gondry film Mood Indigo and emerged from the theatre as from a dream into the real world.

I don’t go to many films, but I really wanted to see this one because it is based on a novel I loved in my youth – Froth on the  Daydream by Boris Vian, and I was curious to see how Gondry would render it on screen. The reviews led me to believe that it was faithful to the book, so really it was a must see. 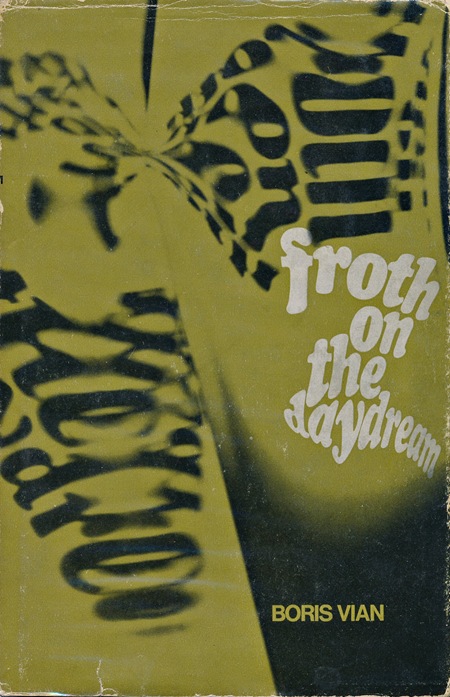 Froth on the Daydream is one of the oddest and most surreal novels ever written. Every sentence sparkles with wit and invention, for example:

”The corridor leading to the kitchen was light because it had windows on both sides, and a sun shining behind each of them because Colin was fond of bright things. There were metal taps, brilliantly polished and gleaming, all over the place. The suns playing on the taps produced fairytale effects. The kitchen mice liked to dance to the sounds made by the rays of the suns as they bounced off the taps, and then run after the little bubbles that the rays burst into when they hit the ground like sprays of golden mercury.”

The story is fairly simple; it is a love story involving Colin a lonely rich boy and Chloe, the girl he falls in love with who succumbs to an infection when her lungs are invaded by a water lily. Also featured are Colin’s friends - Chick, who is obsessed by the literary works of Jean-Paul Sartre, who is known in the novel as Jean Pulse Heartre, or in another translation as Jean Sol Partre, Nicholas his cook and Chick’s girlfriend Lisa.

However, what makes the book remarkable is the style in which it is written, and Vian’s astonishingly surreal imagination.

Beginning in bright sunshine and gayness, where Colin and his friends celebrate their youth and good fortune at the skating rink, at parties, dining often on the peculiar food that Nicholas serves up, the onset of Chloe’s illness leads to darkness and despair by the end of the novel.

One of my favourite minor characters in the novel is the grey mouse with black whiskers who is the first to notice that the mood has changed from sunshine to shadow, when he sees that the suns no longer play in the corridor.

In the final pages of the novel the mouse commits suicide thus:

'He's not unhappy,' said the mouse, 'he's grieving. And that's what I can't bear. One day he'll fall into the water through leaning over too far.'

'It's very kind of you,' said the mouse.

'Just put your head in my mouth,' said the cat.

'Will it take long?' asked the mouse.

'Only until somebody treads on my tail, said the cat. 'I only need something to make me jump. But I'll leave it stretched out, so don't worry.'

The mouse opened the cat's jaws and placed its head between the sharp teeth. It pulled it out again almost as quickly.

'Ugh!' it said. 'Did you have shark for breakfast?'

'Now look here,' said the cat, 'if you don't like it, you can clear off. The whole story's a bore. You'll have to manage by yourself.'

It closed its little black eyes and put its head back. The cat let its pointed teeth close delicately on the soft grey throat. The mouse's black whiskers brushed against the cat's. The cat's bushy tail unrolled right across the pavement.

The voices of eleven little girls from the Orphanage of Pope John the Twenty third could be heard getting nearer. They were singing. And they were blind.”

My personal copy of the novel, which I have been rereading in order to appreciate the movie, is the first edition hard cover from 1967 and Stanley Chapman is the translator. I originally read the novel in a Penguin paperback, long since lost, so obviously acquired the hard cover to replace it. It’s a rare book these days and is being sold on Amazon and ABE for over $200; not a bad appreciation in price considering I paid $3.75 for the book in 1976.

I’m glad I reread the novel before seeing the film, as it would be a puzzling film if you hadn’t at some stage read the book. Today in the theatre there were only three people in the audience, including me and my friend M, so it’s not wildly popular.

In my opinion Gondry’s film is a winner, because it stays true to the novel, rendering in film all the marvellous inventions and oddities contained in the book.  The two main characters, Colin and Chloe,  played by Romain Duris and Audrey Tautou, are attractively and sincerely portrayed.  I found  Mood Indigo to be one of the best translations of a novel to film that I’ve ever seen.  It was highly enjoyable, always engaging and also emotionally involving. I even had to brush away tears towards the end.

Critics have decried the constant barrage of special effects in the film, but obviously they have never read the novel. If they had they would have realised that Gondry was translating the novel to film with as much fidelity to the writing as was technically possible.

I don't know much about this, but it's good to know that the story is fairly simple; it is a love story involving Colin a lonely rich boy and Chloe.

My granddaughter and I are going to go to this movie on Thursday. Thanks so much for the review - I will post it to her to read too - I'm sure having read your thoughts and impressions (and summary of the book) will really add to the movie. I love when a book and movie are a faithful match - very rare.

Hi Kay, I hope you enjoy it. It's certainly odd but not in the least dull. The ending in the film is slightly different to that of the novel, but appropriate all the same.