Watching the antics of the leaders of the major Australian political parties, in their attempts to woo voters in the upcoming Federal Election, I keep thinking how much more amusing and entertaining is the observation of cat politics. 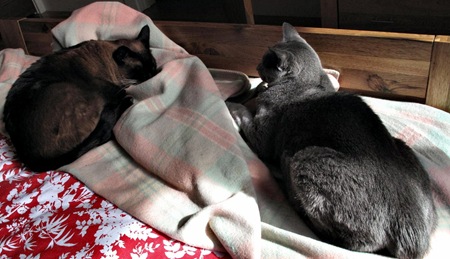 Willy & Talya – up close but not personal on the bed

If politicians acted more like cats, I might be more inclined to vote for them.  I loathe both Abbott and Rudd and intend to write on my ballot paper “none of the above” as my protest against the ousting of Julia Gillard.

You won’t find either Rudd or Abbott playing with a toy mouse, and performing acrobatics, by swinging with her paws around the dining table, leaping in balletic pirouettes to pounce, as Talya does. Grey men in grey suits, Rudd and Abbott both fail to inspire me with any confidence in their ability to run the country. They certainly aren’t cute and entertaining, but they could try and be more interesting.

Yes, I’m bored with the election campaign and dread the outcome, which looks very much like a victory for the Coalition with – gasp of horror – the Mad Monk becoming the next Prime Minister.

To cheer myself up from the horrible prospect here are some more cat photos. 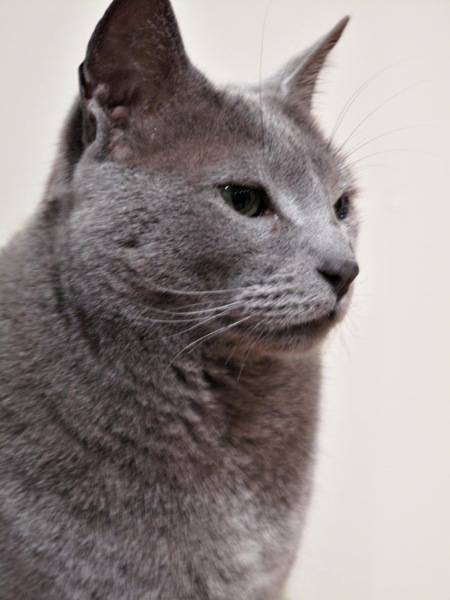 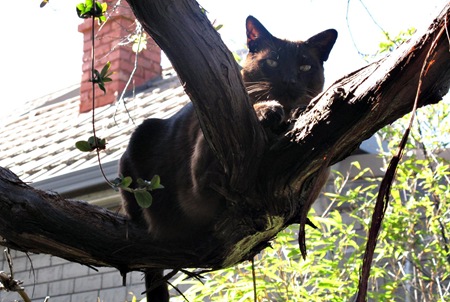 As for the state of cat politics, as you can see from the first photo, the two resident cats are tolerating each other quite well.  Willy was in a fight recently with another cat, possibly Monty next door, and was badly bitten on the leg and could hardly walk. He was not a happy cat for a few days, but a course of antibiotics has him back in action. The fur is still growing back on his tail after he cut it on something several months ago. He looked quite comical when he was alarmed and puffed up, his tail resembling that of a clipped poodle.