Moonee Valley for a change… 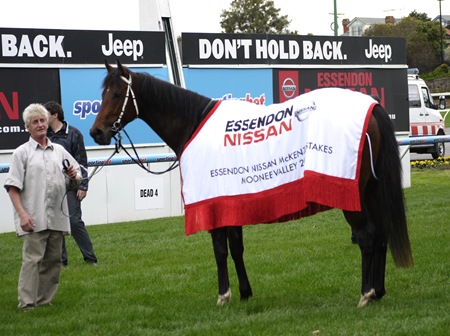 As must be obvious, I enjoy my Saturday outings to the races. It affords me a bit of exercise in the outdoors as well as indulging my interest in the sport and gives me the opportunity to photograph the champs and potential champs.

Cauthen is a newcomer to the racing scene. He has only raced three times. When he won his first race in New Zealand by 8.5 lengths, his connections were encouraged to bring him to Melbourne for a shot at the Caulfield Guineas. His debut Melbourne race was at Moonee Valley on 3rd August where he ran second behind Clevadude. Missing the start and being badly hampered in his run, it was obvious that in more favourable circumstances he would have won.

Yesterday he put any doubt as to his ability behind him, with a very convincing win in the Nissan McKenzie Stakes. Shamus Award ran second with the amusingly named Long John running third.

I admired Cauthen in the parade ring prior to the race, where he was edgy and skittish. 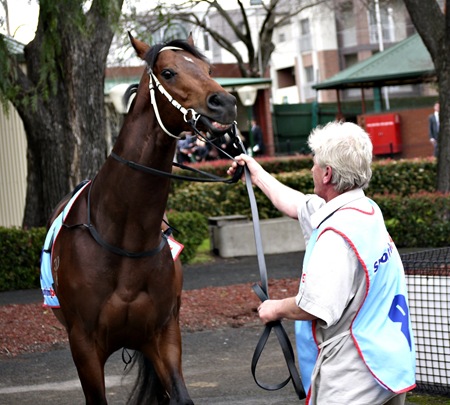 Cauthen spooked in the parade ring.

Commanding Jewel was scheduled to run in the Carlyon Stakes, Race 3 on the card, so I made sure I arrived at Moonee Valley in time to see her parade. She’s a striking dark brown mare who is a half sister to the unbeaten, though injury prone, Atlantic Jewel. 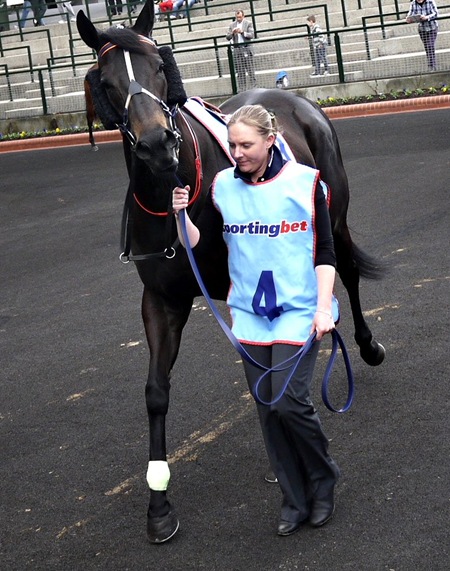 Commanding Jewel in the mounting yard

She was second favourite for the Carlyon Stakes, but failed to make any impression at all, finishing sixth, though probably the race was too short for her. It was won by Broken who I last saw in the winners stall at Flemington a few weeks ago.  Chosen To Fly and Golden Sunshine filled the minor placings 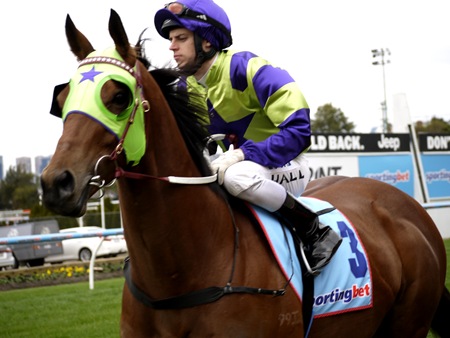 Broken heading onto the track for the Carlyon Stakes

I only stayed for three races, the last being the Sheahan Plate, a race for mares.

Elite Elle was the favourite and she romped in easily, scoring by 2 lengths from Sensational Report with Twilighting in third spot. 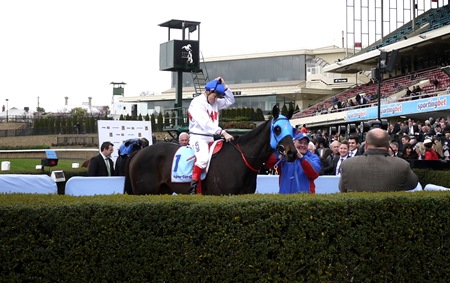 Elite Elle in the winners stall after the Sheahan Plate

The first Group One race of the spring will be run at Caulfield next weekend. I’m keenly awaiting the nominations for the Memsie Stakes and the HDF McNeil Stakes, before making a decision on attending.

There is a high probability that Atlantic Jewel , Super Cool and It’s A Dundeel will be kicking off their spring campaigns in the Memsie Stakes, and that Miracles of Life will be starting hers in the HDF McNeil Stakes, where she’ll be up against the classy unbeaten Prince Harada.

If that is the case I’ll certainly be putting in an appearance at the track.