Well I’m back home and still somewhat spun out after an excellent weekend of quality music.

As festivals go – not that I’ve been to many – the Port Fairy festival has to be one of the best organised and laid back music events in Australia. I was impressed and pleasantly surprised by the whole experience.

I’ve briefly posted on the first two days of the festival, so here’s a brief run down of Sunday events.

The highlight of the day for me was Shane Nicholson’s set on Stage 4, Sunday evening. He’s very underrated, but perhaps the release of his latest CD Bad Machines will change all that. It was available at Port Fairy, though the official release date is March 25. Naturally I purchased a copy and also got it signed by Shane when he and Kasey were hanging around after Joe Pug’s set on Saturday evening. They are both big fans of Joe Pug, not surprisingly, it is well known that they appreciate quality song writing. 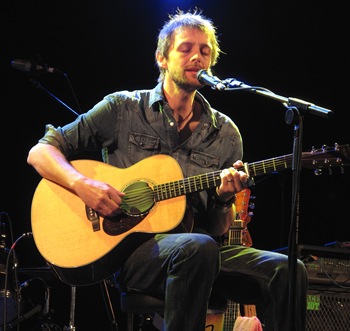 It’s a rare pleasure to see a Shane Nicholson solo performance. He opened with the lovely Broken Things, currently my favourite song from his new record and went on to play a total of fifteen songs, some from the new album and others from Rattlin’ Bones and Familiar Ghosts. Kasey joined him for One More Night, then departed, informing Shane (so he reported) that she was off to see Joe Pug, whose show was on at the same time.

Besides the Shane Nicholson show, I also saw Western Australian band Blue Shaddy. Their show was fast and frenetic, and yes, fast and frenetic all the way through. The harmonica player Belly McClennand was amazingly energetic. He was drenched with sweat after only a short time. The band is a family affair, with brothers Belly and Jim (who plays a mean guitar), with Jim’s wife Sandra playing bass. The young, unrelated drummer was pretty good as well. 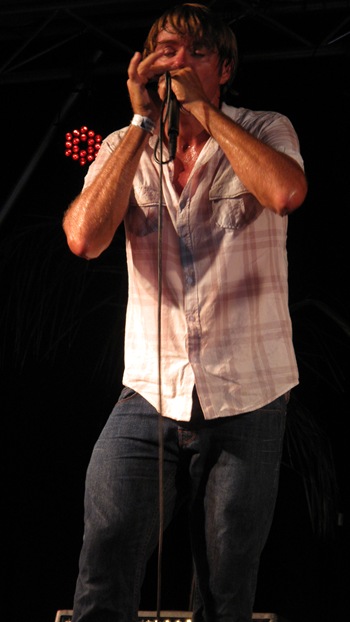 Throughout the afternoon, I sampled several acts, including Tim O’Brien and Crooked Still again. 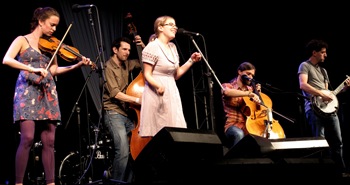 I get to see Tim O’Brien once more on Thursday night at the East Brunswick Club, where Shane will be performing the following week.

I was sorry to miss Justin Townes Earle on Sunday night, but the tent was jam packed. However, I have tickets to his show at the Forum on Friday night this week.

All in all it was a wonderful Festival, and to cap it off, the weather was perfect all weekend.

A few weeks until the National Folk Festival here and I'm getting excited. It's one of the highlights of my year. I usually only go for 2 of the 4 days but for those days I'm there from 10am to around midnight. Just. Love. It.

I just had a look at the line up, and it seems to be considerably more folk orientated than the Port Fairy Fest, which had a diverse range of genres.

The NFF is pretty diverse too really ... Michael Fix (guitarist) is barely folk, The Song Company is a very eclectic group (have seen them at Musica Viva), and there's quite a bit of world music. I see it as roaming widely through country, blues, jazz, bluegrass through to world music and bordering on classical at times along with your quintessential singer songwriters, celtic fiddlers and so on. But, then, I haven't been to Port Fairy and your list of people here crosses over way less than I expected. I thought a lot of them did the rounds ending up at the NFF.