How to amuse oneself on Australia Day 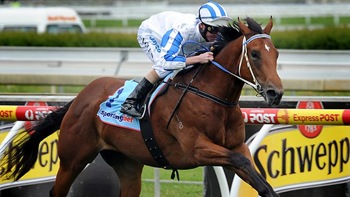 Now that I’ve retired from work, public holidays don’t mean as much to me as they used to, in fact every day is a holiday now. It’s getting on to a month since I left the workforce, and I’m enjoying my freedom immensely. And no, I haven’t succumbed to boredom.

Today is just another day but being a public holiday I can enjoy the interesting race card at Caulfield, with two Blue Diamond Previews for two year olds - one for fillies and one for colts and geldings - and the Zedative Stakes for three year olds.

*The colts preview looks to have the stronger field. Unbeaten Peter Moody colt Golden Archer is up against the highly regarded Bossdon City. Throw in Sepoy whose silks bear the Australian Flag (omen bet) and Starcraft colt Secret Hills having his first start and you’ve got an interesting race.

Another Peter Moody runner One Last Dance looks the choice pick of the fillies preview and she will start favourite. In with a chance is Motifs who has won her only two starts and Jessica Rose, also a last start winner.

The Zedative Stakes sees the return of Caulfield Guineas winner Anacheeva, another from the Peter Moody stable. The race over 1200 metres may be a bit short for him, but he’s the class runner. Others worth considering are Eclair Mystic and Spirited Eagle and the intriguing Western Australian runner Mr Moneypenny.

*The colts preview has been run whilst I was writing this entry. The omen bet came off, Sepoy won from Grand Britannia and Golden Archer.

So I’d better post this entry now before the fillies preview, otherwise I’ll be accused of cheating on my tips.