The Contrariness of Cats 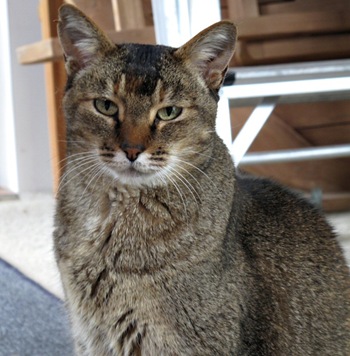 Today is Ms Lizzie’s 15th Birthday so I took a photo of her to mark the occasion. She doesn’t look decrepit does she, and neither is she in the flesh. In fact, despite some concern we had about her last week, she is very well, though not as fast and fit as she was in her younger days. This was the opinion of the vet to whom she was taken after she’d been off her food for several days and behaving quite unlike her usual self.

Normally she loves food, and is always there to remind you when it is dinner time as opposed to Willy, who is lackadaisical about eating, sometimes eating breakfast mid afternoon and dinner in the early hours of the morning. But Lizzie is what one would regard a normal cat, so for her to be off her food was worrying, considering her age.

However, as a demonstration of the contrariness of cats, Lizzie now appears to dislike seafood, where formerly it was her favourite type of food. Willy has never been over the moon on seafood, preferring meat type dishes. Yesterday I fed them each a half serve of a tuna/prawn mix out of a can of cat food, with a half serve each of beef flavoured cat food.

Another rather good cat story came via some friends who live in the country. A cat turned up on their doorstep a month or so ago, and moved in with them. They did not particularly want a cat, even though the cat was super friendly and had adopted them. They found a home for him at another property, the woman who lived there having recently lost a cat.

They drove the cat over there, but as soon as they pulled up and removed the cat from the car he freaked out, ran back to the car, and hid under the back seat.

It turned out his new home was his old home that he’d run away from, where he’d been locked in a shed for some time. Our friends had no other option but to take him home, and there he remains, happy as Larry. 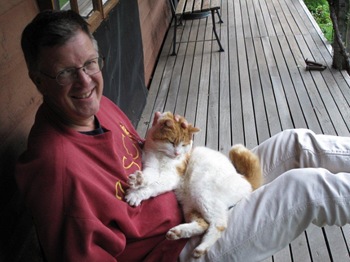