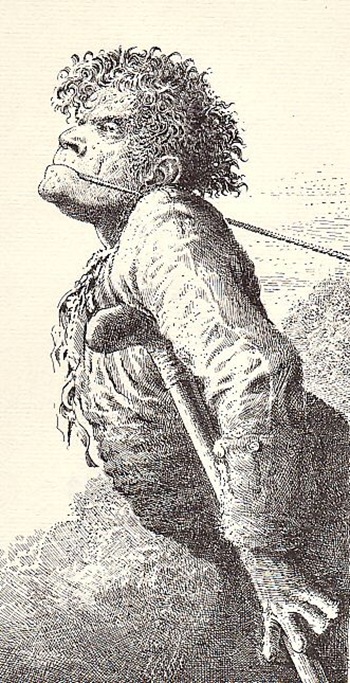 I’m really not sure whether I actually read Robert Louis Stevenson’s Treasure Island when I was a child. Perhaps I didn’t as I got to know the story in audio form via an LP record we had in childhood. It had Robin Hood on one side and Treasure Island on the other and was narrated by Basil Rathbone. I can still vividly recall the words to the song “Fifteen men on a dead man’s chest/yo ho ho and a bottle of rum” and the characters Captain Flint, Ben Gunn and Little Jimmy Hawkins, intoned in a spectral voice.

I have discovered, reading the book over the past week on my daily commute to and from work, that it is a ripper read.

I actually don’t possess a physical copy of the book, but it was the first book I downloaded to my Kindle, so I eventually got around to reading it after binging on Josephine Tey detective novels in ebook format.

As pirate novels go, it’s a classic. It is the one on which all pirate books and films were later modelled. It’s got the lot – bloodthirsty buccaneers, treasure maps, curses, ghosts and a one legged pirate with a parrot on his shoulder, ie Long John Silver.

Long John Silver is the most interesting character in the novel, a psychologically complex being, unusual for the time the book was written, in a children’s adventure story of the late 19th century. He’s a charmer, a villain, intelligent and cunning and really quite likeable despite his perfidy.

Treasure Island is written in a relaxed somewhat wry tone of voice, with wonderfully drawn characters – especially the wicked old pirates - with plenty of action and adventure.

It was in fact a revelation and has given me the inspiration to delve into The Alexander Classic Library, a relic from childhood which has been sitting on top of one of my bookcases, unopened for years. 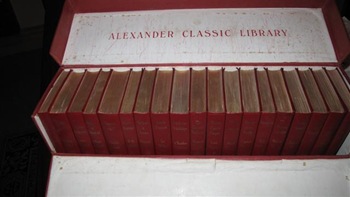 The Alexander Classic Library is a boxed set of faux leather bound, gold tipped, classic novels and consists of the following titles:

My set is missing Dombey & Son, which I remember loaning to someone back in the 1960s. It was never returned.

Surprisingly the collection doesn’t include Treasure Island, but it does have Kidnapped, which perhaps I’ll read next.