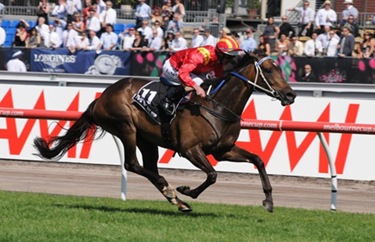 What a relief it is to write something different for change, albeit about racing. I must admit I love writing about horse racing, and think I’ve missed my true vocation.

With so many distractions, i.e. music, I’ve struggled to keep up with the latest racing news, but today looked at the acceptances for Super Saturday at Rosehill, and liked what I saw.

There are five Group One races on the card including the richest two year old race on the planet, the Golden Slipper, always a fascinating competition.

Besides the Golden Slipper there is the Vinery Stud Stakes over 2000 metres for three year old fillies, the Queen of the Turf Stakes, for fillies and mares over 1500 metres, The BMW an open staying race over 2400 metres, the George Ryder Stakes another open competition over 1500 metres.

So let’s look at the Vinery Stud Stakes first. It has a top class field of staying fillies, including Faint Perfume who must be considered the top chance. She’ll have to contend with Run for Naara who ran third in the Rosehill Guineas against the boys, Set For Fame, the Peter Moody trained filly who last ran second against the boys in the Crown Guineas, which was an excellent effort, Small Minds, winner of the South Australian Oaks, Valdemoro, Little Surfer Girl and the Gai Waterhouse trained Once Were Wild.

The Queen of the Turf Stakes, sees my favourite ,Typhoon Tracy, resuming. She will be very hard to beat. It’s a mouth watering race what with top Sydney filly More Joyous also in the picture as well other classy three year old fillies, Sister Madly and Response. Of the mares, Allez Wonder could also threaten Tracy’s dominance, but I very much doubt it. Go Tracy Go!

The BMW has the usual suspects – Theseo who will no doubt start favourite, Daffodil who is in with a good chance as the track is likely to be heavy, and that other staying mudlark mare Purple who must be about due for another win. The Bart Cummings trained duo Moatize and Roman Emperor can’t be overlooked either.

Last year’s George Ryder Stakes was won by Vision And Power, who could well win it again, though he has a smart field to contend with this year. Good old El Segundo will be having his first start in Sydney and is always an honest galloper, though is unlikely to win. Black Piranha showed he was back in contention last start running second to Hot Danish in the Canterbury Stakes, and Heart Of Dreams, after failing in the Australia Cup is back to the a distance he can cope with, has won at Rosehill before, and is an excellent chance. Surely he has to put a win on the board soon. Other chances are Danleigh, Snipers Bullet, Dao Dao, New Zealander King Mufasa and three year old Tickets who broke through for a win in the Pharlap Stakes a fortnight ago.

So now we come to the Golden Slipper…

I’ve watched and taken note of runners in the various preludes in the run up to this race, and the stand out is the filly Military Rose, unbeaten in all her starts, she also handles the wet, so is the one to beat. In my opinion, her main threats are the super talented Shaaheq who acquitted herself well in the Blue Diamond Stakes and won her last start earlier this month and Chance Bye who won the Silver Slipper back in February, though hasn't raced since. Of the other fillies Solar Charged, unbeaten until defeated by Military Rose in the Riesling Stakes, has a chance to turn the tables, as does Obsequious. Of the colts, Brightexpectations, Beneteau and Hinchinbrook look the most promising.

The weather should play a big part in deciding the outcome of most of the Group One races, and favour the mudlarks. However class can always win, no matter what condition the track is in.

Let’s hope Sydney’s Super Saturday is not as supersaturated as Melbourne’s was on Australia Cup day.