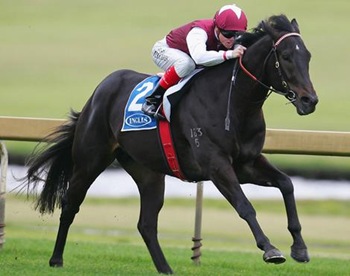 The carnival is now in full swing and each week the picture as to who the likely winners of the big three will be, is becoming clearer.

Last week Efficient surprised everyone with a sensational win in the Group One Turnbull Stakes. I was wondering when I selected him as a substitution in my Super Stable, why I had chosen him, other than for his qualifications for the Melbourne Cup. Now he has justified my hunch with this win. Actually I had a dream about a month ago wherein Efficient was the winner of a major race, so it appears to have been prophetic after all. A pity I didn’t have any money on him last weekend, though I was sorely tempted to have an each way bet on him. If I had been more organised last Saturday I may well have done so.

Only two favourites won the Group One races last weekend – More Joyous and Speed Gifted (2nd favourite actually). The other winners were outsiders – Monaco Consul taking out the Spring Champion and Rock Kingdom winning the George Main Stakes. The track at Randwick was rated heavy so that explains the surprise outcome.

Four of my Super Stable are racing at Caulfield this weekend – Denman (who I subbed for Black Caviar who is out for the Spring), Heart of Dreams, Black Piranha and Manhattan Rain.

The Group One Caulfield Guineas is a 1600 metre race for three year old colts and geldings and this year’s edition sees the best field in many years. Denman and Manhattan Rain are both in the field, so I’m hoping they can quinella the race. Denman, who has won all six races he has contested this Winter/Spring, will start favourite. His sire Lonhro won this race in 2001. Manhattan Rain is half brother to the 1999 winner, Redoute’s Choice. Other smart runners in contention are Tickets, Trusting, So You Think and Star Spangled Banner and Carrara the son of another old favourite Elvstroem.

Heart of Dreams, who won the Underwood Stakes in September, will be gunning for another win in the Group One Yalumba Stakes (2000 metres). He faces stiff competition from the likes of Whobegotyou whom he defeated on that occasion, Vision And Power (the Foolish Pleasure factor), Nom De Jeu, a very classy New Zealand Stayer, and one cannot overlook the game mare Zarita who might crack a place.

The other Group One on the program is the Toorak Handicap (1600 metres) and I’m hoping Black Piranha can win this, though he faces a tough field of recent winners such as Racing To Win, Gold Salute, Raheeb and Rock Kingdom. This is Black Piranha’s third race, this spring and he hasn’t been very far away on each of the two previous occasions, coming second both times.

With the Caulfield Racing Carnival beginning on Saturday the races will be on free to air television – saves me squandering my bandwidth allowance on my ISP account for the rest of the racing season.